If you haven't already, please sign our letter - thanks!

Public meetings  - Have Your Say!

Please also forward to your family, friends and networks  - it's essential that as many residents as possible can have their say about the drastic impacts of the 2016 cuts to the library service.

Help us to prevent Barnet Council from undermining the effectiveness and independence of the review process by limiting publicity for the crucial residents' survey and public meetings. Because, although the review is being carried out by an independent organisation, the council is responsible for publicising it. Include your concerns about this within your survey response - as well as your detailed comments about the library service itself!

Pressure from residents has already reaped results - after a week of no publicity apart from a single tweet from the Council, we are pleased to see that the survey is now on the Engage Barnet website, that posters are up in libraries and that paper copies are available - although they aren't advertised and are only available on request! What happens when the staff aren't there or you didn't know to ask? Paper copies must be readily available.

Also, help us to demand that the Council email the survey to all library users for whom they have an email address, as well as circulating it to schools and nurseries.  Charities that are taking part in the review (including those running "partnership" libraries) must actively publicise the review to their members.​ 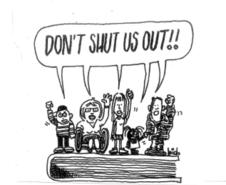 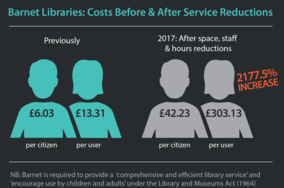 Council figures (2017-18) show that there have been drastic falls in visitor figures since the cuts were implemented: “Partnership” (volunteer) libraries lost between 27-59% of visits, while “Core” libraries (staffed 15-16 hours a week) lost between 18-66%.

Is this why the council isn't counting vistors anymore at three branches - East Finchley, Chipping Barnet and Hendon? 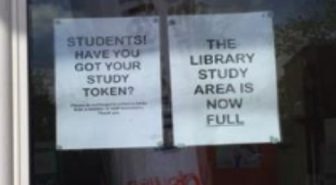 TELL US HOW
THESE CUTS HURT YOU!

HOW MUCH DO
​LIBRARIES COST?

UK GDP will be £32bn higher by 2024 if all children are
​reading well by age 11. A child who visits a library is
twice as likely to be a fluent reader

Four million kids ​in the UK do not have a single book
​at home. 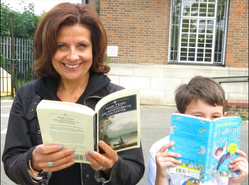 & NOW THE COUNCIL IS TRYING TO GAG RESIDENTS!

We had a successful campaign at the Communities Leadership and Libraries (CLL) committee on 11 June 2019 when over thirty residents submitted comments and questions and gave powerful speeches.

As a result and with help from an opposition amendment, councillors voted to widen the scope and method of the upcoming library services evaluation - taking into account the loss of facilities as well as the loss of staff. The evaluation will also now seek evidence from schools and carry out site visits. These are important victories – as is the council being forced to carry out an “Equalities Impact Assessment” of the effect of the library cuts. Read local press coverage here.

Less than two weeks later, in an unconstitutional proposal with no public consultation, Conservative councillors voted to effectively prevent residents from participating at future council meetings! Read our statement here.

We still have concerns about the independence, transparency and scope of the council’s review process. There is also mounting evidence against Capita’s role in the drastic cuts to libraries. Read our letter to the Director of Children’s Services here.​​​​​​​​

READ about Save Barnet Libraries and unstaffed libraries in the Guardian 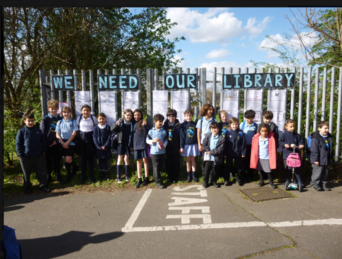 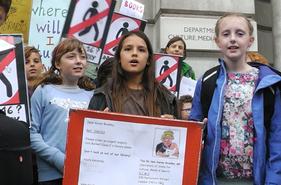 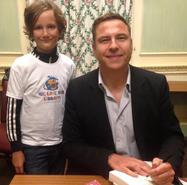 What it costs to cut up libraries - and who earns?

Read our letter to the Director of Children's Services here

A LIBRARY WITH NO STAFF:
WHAT COULD POSSIBLY GO WRONG?
read more

SEND US YOUR PHOTOS & EXPERIENCES OF THE SHRUNKEN & STAFFLESS LIBRARIES HERE​