​DDCMS has failed to consider up-to-date evidence (including that provided in October 2017) or address the complaint as it is now, which is an error in law.

• Pin codes requested by small percentage of eligible users because public poorly informed and transition period ended
• DDCMS ignored evidence from users provided by SBL and low number of registrants, which showed that the service is, by definition, no longer comprehensive.
• Opening hours increased by only 13 hours per week, 250 less than LBB claimed and therefore not a core benefit as LBB claimed.
• Cost of security during unstaffed hours was not planned and threatens promised savings. Without security, service is not safe and therefore not comprehensive or efficient.
• Widespread and frequent failures in technology operating entry gates, and failure of LBB to collect relevant data. Doubtful whether opening hours can be extended as planned.
• Children represented 33% of library users and children’s fiction borrowing had either maintained its level or continued to increase prior to the changes being implemented. Head teachers report that barring of unaccompanied children under 15 during unstaffed hours is having a marked effect.
• Reduction in services, resources and facilities for children includes failure to implement online enquiry service to help with homework, closure of children’s rooms, reduction of study space, ending most staffed sessions at 5pm, failure to coordinate partnership library opening hours with rest of system, introduction of fines.
• Obstacles for 15-year-olds needing two letters of permission, and for 16- 1nd 17-year-olds needing one letter of permission to obtain PIN codes. Such permission irrelevant given only one library has late opening hours.
• Impact on older people and people with disabilities itemised; lack of promised volunteers during unstaffed hours to mitigate impact.
• Users’ manual difficult to follow and incomplete.
• DDCMS failed to address complaint that it ignored its own policy regarding proper use of unstaffed opening hours

Failure to perform the continuing duty, under the Equalities Act, to monitor the impact of the change

• DDCMS has failed to disclose evidence the Council gave it (FOI request)
• DDCMS has not tested and assessed the evidence presented, instead accepting Council’s incorrect statements as fact.

Duties under the Human Rights Act

​DDCMS has failed to consider its duties under the Human Rights Act, which incorporates Article 2 of the First Protocol protecting the right to an effective education. 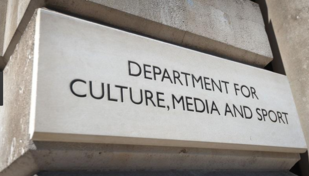