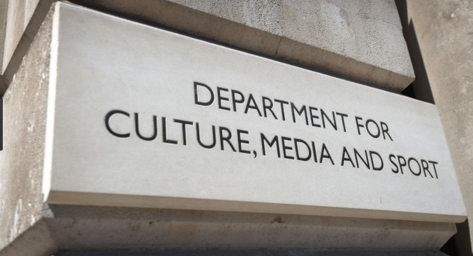 “Don’t lock us out of our library!”

Children from Barnet are descending on the offices of the Culture Secretary in Central London armed with 440 postcards, demanding a reinstatement of their independent access to libraries.

Primary school children turned a World Book Day project into a call for government action against the loss of their access to Barnet libraries.

Year 6 pupil Zara Lobley, from Martin Primary in N2, wrote to DCMS and local MP Mike Freer in April 2017 asking for a meeting to present these postcards, to no avail. Pupils are now visiting the offices of the Culture Secretary themselves, determined to have their say.

Zara says “My friends and I are very worried about the ongoing changes to our libraries in Barnet which mean that we are going to miss out on so much. Over 440 children have designed postcards addressed to the Culture Secretary so that she can understand what the library means to us”.

Libraries in Barnet, recently shut despite it being exam time, are now reopening with electronic gates requiring pin-code access outside staffed hours [Notes 2 & 3]. Staffing has been reduced to between 15.5-23.5 hours per week; children under 15 cannot access libraries independently outside of these hours. Even older children will need permission from their school as well as a parent or guardian before they can be issued with a pin code [Note 4]. Toilets will be locked, affecting families with children and making the service far less accessible to vulnerable members of the community. Space, including book stock, computer rooms and study space have been drastically reduced. Once famous children’s libraries at Golders Green and Hendon have been destroyed [Note 5].

Over the past few years, thousands of Barnet residents have been consulted then ignored about the fate of Barnet libraries. A recent FOI request revealed that local MPs have been complicit in this process [Note 6]. In December 2016 resident-led campaign, ‘Save Barnet Libraries’ submitted a formal complaint to DCMS, pointing to government guidance about children’s independent access to libraries [Note 7]. The Minister has failed to respond.

Children are calling on the Minister to step in and force Barnet Council to reinstate a proper library service with safe access for all.

Notes to Editors
1.    The Culture Secretary has a legal duty to oversee Barnet’s library provision under the Public Libraries and Museums Act 1964.
2.       Information packs produced by Barnet Council about the changes to the service and the new floor plans are available at: https://www.barnet.gov.uk/citizen-home/libraries/information-packs.html
3.    Timetables for staffed/unstaffed opening hours are available athttps://www.barnet.gov.uk/citizen-home/libraries/library-opening-times.html
4.    Rules regarding access for under 15s and 15-17 year olds is available at  https://www.barnet.gov.uk/citizen-home/libraries/teenage-library-services.html
5.       Dedicated children’s libraries at Golders Green and Hendon have been closed and much-reduced stock for children is re-sited within the main libraries. For photos see:http://wwwbrokenbarnet.blogspot.co.uk/2017/07/refurbishment-or-how-to-destroy-library.html
6.    There are 3 (Conservative) MPs in Barnet.  In the last three years, Theresa Villiers (Chipping Barnet) has made ten representations to Barnet Council on behalf of constituents about changes to the library service; Mike Freer (Finchley & Golders Green) has made four; and Matthew Offord (Hendon) has made none. [FOI Request 22/6/17 ref: 3649896]
7.    Guidance issued by DCMS in April 2016, ‘Libraries shaping the future: good practice toolkit’, para 4.4 states, “It is important the staffed hours meet the requirements of children and young adults who wish to visit the library unaccompanied” The full complaint submitted by Save Barnet Libraries in December 2014 is available at:  http://www.savebarnetlibraries.org/our-letter-of-complaint-to-the-dcms.html